FIU has appointed 10 community leaders to serve on the FIU Foundation Board.
“We are honored to have this group of talented professionals as part of our board,” said Howard Lipman, senior vice president for University Advancement and President & CEO of the FIU Foundation. “It is through their knowledge and commitment that we will advance the Foundation’s efforts for growth and service.” 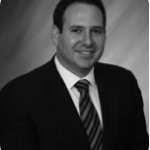 David S. Adler ‘08 is the president of Adler Development, the development and project management division of Adler Group, Inc. Adler represents the third generation of one of Florida’s most respected “builder families.” He is responsible for contributing to the development and acquisition of high-rise multifamily, industrial, office and retail properties.  Adler graduated from FIU with a bachelor’s degree in 2008 and his father, Michael Adler, is a member of the FIU Board of Trustees. 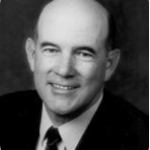 Agustin R. Arellano, Sr. is the founding principal of Arellano Construction and has been president since its formation in 1974.  With more than 38 years of experience, he manages all operations of Arellano’s business, including construction of hospital campuses, medical centers, higher education and life science facilities throughout the southeastern United States.  He is a member of the South Florida Hospital Association and the YMCA of Dade County boards. His son, Agustin Arellano Jr., serves on the FIU Advisory Board for Construction Management. 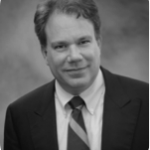 John Bussel is the principal and regional director for Hewins Financial Advisors, a wealth management and advisory firm.  Working with private clients and family-based foundations, Bussel has a special interest in family wealth management.  At FIU, he is a founding member of the Dean’s Advisory Board for the College of Arts & Sciences. 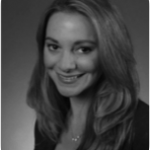 Candice Gidney is the principal of the Law Offices of Candice Gidney, P.A., focusing her practice in the area of corporate law.  She has extensive experience in entertainment law, having worked in-house for industry leading film and television production, in addition to distribution companies. Ms. Gidney was named the Best Lawyer in Miami under the Business Law category in 2008. 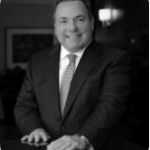 Neisen Kasdin was named Akerman Senterfitt’s office managing shareholder in May 2011.  His practice areas include land use and zoning, public-private partnerships and local government law. Neisen’s clients include Swire Properties, Dacra, and Developers Diversified Realty.  He is a member of the Wolfsonian-FIU’s advisory board. He is also immediate past chair of the Board of Trustees of the New World Symphony and former mayor of Miami Beach. 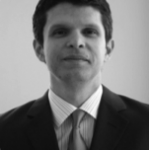 Juan J. Martinez, ‘90, ‘93 is the vice president, chief financial officer and treasurer for the John S. and James L. Knight Foundation.  The FIU alumnus has been an officer for the foundation since 2004, in addition to overseeing the Knight Enterprise Fund, a $10 million fund that invests in early state for-profit digital media companies that align with the foundation’s programmatic strategy. Juan also serves as a director of SnagFilms, Inc. and of the Austen BioInnovation Institute in Akron. 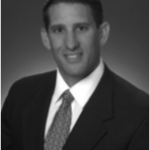 Jonathan E. Perlman, a noted franchise, securities and employment litigation attorney, is an equity partner at Genovese Joblove & Battista, P.A.  where he heads the firm’s class action and employment practice groups. Mr. Perlman is also a founding shareholder and director of Coconut Grove-based Biscayne Bank.  Perlman is the son of FIU Foundation Past President and Director Emeritus David Perlman.

Daniel Pino ’96  Mr. Pino starred as Desi Arnaz in “Lucy: The Lucille Ball Story” on CBS and has been involved with other productions such as “Law & Oder: Special Victims Unit” and “Cold Case.”   He graduated from FIU with a bachelor’s in fine arts in 1996 and was awarded the FIU Medallion in May 2010. Danny was also the FIU Alumni Association’s Torch Award recipient in March 2007 in the Distinguished Alumni category. Danny, his wife Lilly, and their two children live in New York City. 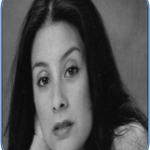 Lilly Bernal Pino ‘97 has appeared in several short films and theater productions across the world. She started her career at NYU’s Creative Arts Team before moving to Los Angeles with husband Danny Pino. She was DMZ in the play Shim Chong, at The Getty in Los Angeles and The National Theater of Korea. She also toured the country as Rosina in The Barber of Seville with The National Theater of America. Lilly also composed an original song and starred in Madrugada at The Mark Taper Forum in Los Angeles. Lilly, Danny and their two children live in New York City.

Jorge Rossell is chairman and chief executive officer of Miami-based TotalBank, a subsidiary of Banco Popular Español.  Rossell became chairman of the board in 2007 and was appointed chief executive officer in 2009.  His leadership has resulted in more than $2.3 billion in assets, 19 convenient locations throughout Miami-Dade County, and a recent 5-star Bauer rating for TotalBank.  One of 2012’s Miami Ultimate CEO Award recipients, Rossell also serves on the Spain-U.S. Chamber of Commerce Board of Directors, on the Spain Florida Foundation 500 Years Board of Directors and Florida International Banking Association Board of Directors.