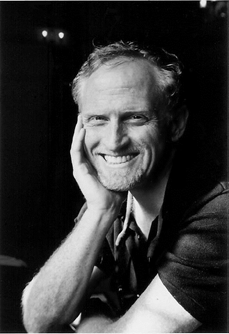 Award-winning poet Campbell McGrath is a “genius,” among other MacArthur Fellows and in the poetry world. The Phillip & Patricia Frost Professor of Creative Writing, McGrath is famous for writing long poems that deal with American popular culture and history.
He has published several books and his poems appear in approximately 150 journals, periodicals, anthologies and textbooks, including the New Yorker, the Atlantic, Harper’s and the op-ed page of the New York Times. For McGrath, the Frost Professorship has been invaluable in advancing his work as a poet, enabling him to write new books and continue to develop his skills.

“Several years ago I published a book called Shannon, a book-length historical poem about a member of the Lewis and Clark Expedition. While I had many books on the subject, and had done a lot of research, the Frost Professorship enabled me to visit the actual places Shannon had wandered, in Nebraska and South Dakota, on the same days of the year he spent there,” he said.

“This brought him to life in ways the historical record could not, and my understanding of this character, and the natural world around him, took on new dimensions. I credit the Frosts for enabling me to create the poem I did.”

Having received his MFA in Creative Writing from Columbia University in 1988, McGrath has presented numerous lectures and readings at nearly 60 universities and literary events across the nation. His awards include Guggenheim Foundation Fellowships, the Kingsley Tufts Prize, a Witter Bynner Fellowship from the Library of Congress, the Presidential Award for Excellence in Teaching and the Teaching Incentive Plan Award. He has taught at Northwestern University and the University of Chicago, and for nearly two decades at FIU.
With a lengthy record of achievement, McGrath understands the value of the support provided to further his work through the Frost Professorship. “For me, the Frost Professorship is a great honor. The philanthropy of the Frosts is inspirational, at FIU and throughout Miami, where they have supported so many wonderful institutions and individuals,” he said.
The impact of such professorships leaves an indelible mark on those who benefit from them. “The time and money an endowed professorship provides – along with its prestige within the academic world – are simply irreplaceable,” said McGrath.

“What greater value could there be for a prospective donor, what greater ‘bang for the buck,’ than to help unleash the creative and scholarly potential of an ambitious FIU professor, in whatever field, from poetry to nuclear physics?”