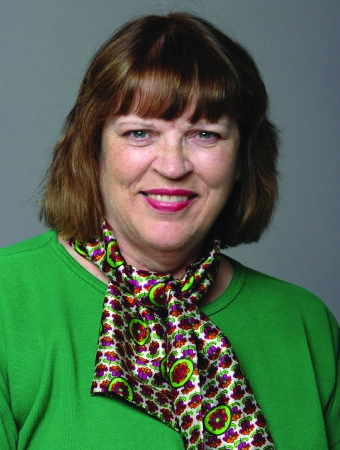 A 30-year investment in building a successful theatre program at FIU is now further supported by matching funds. Associate professor, artistic director of FIU Theatre and chair of the Department of Theatre, Marilyn R. Skow matched dollar for dollar the donations of the department’s faculty and staff to the Ignite Campaign.
When Skow came to FIU in 1982 from New York City, Theatre did not have its own department. Upon joining the Panther family, Skow finally had the chance to combine her teaching and professional design experience as she played a major role in developing a new theatre program.
For three decades FIU has given Skow the opportunity to shape the lives of countless young adults through the study and practice of theatre. She is motivated by the fact that her job allows her to give back.

“My offer to match the donations of my department’s faculty and staff was simply a way to maximize their gifts. I felt that it might inspire some to give who might not otherwise have done so,” said Skow, who also pledged a separate gift that was not part of the match.

“[The faculty and staff] felt invested enough in what we do in the theatre department that they wanted to support it because they knew it was for our students.”

Skow, who is listed in Madison Who’s Who and is a member of the United States Institute of Theatre Technology and Theta Alpha Phi, a nation-wide theatre fraternity, attributes her experience of paying it forward to her college mentor.
“Whenever I asked him how I could repay him for all he and his wife had done for me, all he would say was that someday when I was in a position to help others as he had helped me, he knew that I would as he had done,” she said.
“I have discovered that just participating in helping someone else secure their education, in whatever way I can, is a very rewarding action. I think that is why I do as much advising as I do as well. It is another kind of giving.”
Over the years, Skow’s determination to create a ­­­­quality, comprehensive theatre program at FIU’s College of Architecture + The Arts has paid off.

“I find myself looking back on what I had hoped to accomplish when I first came to FIU.… It has been a lot more challenging than I ever imagined it would be, but I think I can be proud of my part in the endeavor and the example I have set for the next generation of our young faculty members who will take the theatre program into the future. Giving back is just one part of that example,” she said.