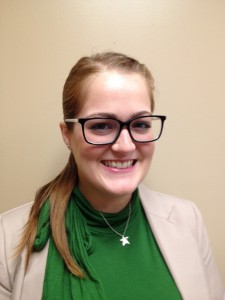 FIU’s Division of Student Affairs has greatly increased its participation in this year’s Ignite Faculty & Staff Campaign, thanks to the team effort of its staff. One of them, Diana de Castro ’08, MBA ’12, played a critical role in assisting her supervisor and fellow Igniter Matilde Gramling in the endeavor.
A few presentations and ice cream socials later, the team’s best resource was the knowledge they gathered about the campaign. As long as they could get the word out to other faculty and staff, the team was sure they would be inspired to get involved. In just a few short months, the team held six different Ignite events within Student Affairs to support the campaign.
For de Castro, the idea of philanthropy was introduced to her as an undergraduate student and active sister of Alpha Omicron Pi. The sorority held events to fundraise for their cause: arthritis education and research. FIU’s Ignite Campaign and the many programs it supports reminded her of those fundraising days.
The impact of giving, said de Castro, is important because “it strengthens the feeling of community among us, and together we are all part of something bigger.”
The best aspect of the campaign is that it does not focus on monetary amounts but rather on percentage of participation. She echoed Dr. Stephen Fain, chair of the Ignite Campaign, when she said that “everyone can, and should, give ‘until it feels good.’”

De Castro’s history with FIU actually begins with her father, who was a janitor at the university in the 1970s when he first arrived from Cuba after being at sea for four days with three other men before being rescued by a fishing boat near Key West, Florida. He later left FIU for a job opportunity in Venezuela and never again had the opportunity to receive a degree.

“Growing up, my father always told me and my brothers this was his greatest regret in life, and encouraged us to pursue our degrees,” said de Castro, who has received two degrees from FIU – a B.A. in English (’08) and a Corporate MBA (’12) – and currently works as the budgeting coordinator for the Office of the Vice President of Student Affairs.

The first person in her family to receive a master’s degree, de Castro shared that “FIU’s constant focus on the future, never settling, and always striving for improvement” is what makes the university Worlds Ahead. This philosophy resonated with her throughout her time at FIU, as she transitioned from student to staff.
“Because FIU has played such a huge role in my life since I was a young girl, both through my father’s stories and through my own education, I feel a great sense of pride for this university and love knowing that I am now part of its future as well,” she said.