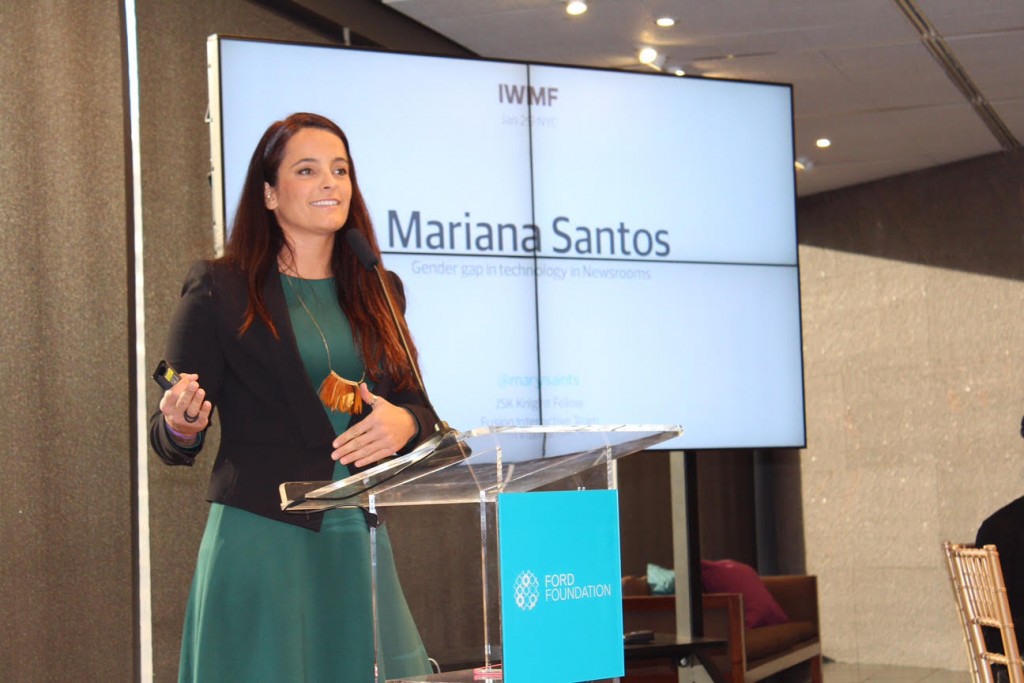 Mariana Santos, a former interactive and animation designer at The Guardian in London, has joined the School of Journalism and Mass Communication as the new Knight Innovator in Residence.
Santos will work with students and faculty to develop long-lasting, revolutionary media projects, along with new curriculum and methods in digital media.
Currently, she’s the director of interactive and animation at Fusion Network, but she recently completed a year-long fellowship at Stanford University in Palo Alto, California, as a John S. Knight Journalism Fellow.

“I came with all the startup mentality, and Fusion gives me the challenge to break boundaries in storytelling […] so having the opportunity to work with fresh blood –the students – it’s the cherry on top of the cake, and I am so happy to be given the opportunity to combine academia with real industry needs,” she said.

Santos graduated from the University of Lisbon in Lisbon, Portugal, with a bachelor’s in communication design and a bachelor’s in industrial design. She later pursued a master’s in digital media at Hyper Island in Stockholm, Sweden.
And although Santos has had plenty experience in the classroom as a student or fellow, she said it’ll be her first time working in academia.
“As I never worked in academia, all my training style is based on learn by doing – and with the motto of ‘fail fast.’ So I think I will bring this freedom of thinking combined with [a] real disciplined mindset and a high-demanding level I have with myself, [which I] will request and empower students to have with themselves as well,” she said.
Her career and her studies have taken her across the world, and she attributes her ability to relate with her audiences to those experiences.
“I think that being exposed to so many different mindsets; social and cultural contexts; meeting different people; different states of management, both of countries and newsrooms; and life makes me have a great empathy toward the audience I am trying to address and the topics in specific. I become very attached to people and their stories.
It makes my skin thinner on the emotional side and my mind harder in the way I approach life,” she said.
During her time as the International Center for Journalists’ Knight International Journalism Fellow in Latin America, Santos founded Chicas Poderosas, a social entrepreneur project aimed at increasing the number of Latina women in the digital journalism industry.
Since then, the project has helped more than 1,000 Latin American women journalists by teaching them digital skills. She hopes to host a Chicas Poderosas event at FIU in the near future.
“I consider hosting not only Chicas Poderosas at FIU, as I aim to have students organize the event with me, as this is […] part of the learning [experience] and of huge importance. [But] once we get everyone involved [by] being given responsibility and power, we’ll organize other events like the Miami Media Party, and other entrepreneur, leadership, design-thinking and arts for activism hackathons,” Santos said.
For now, Santos looks forward to working with the students and their different mindsets. She hopes to mentor them and motivate them to mentor their future colleagues.
“I feel super pumped and excited to start,” she said.
Santos is succeeding Alex de Carvalho, the 2014-2015 Knight Innovator in Residence. The initiative is funded by an endowment and grant from the John S. and James L. Knight Foundation.
by Pattrik Simmons
Tags: School of Journalism and Mass Communication
This post “Animation designer named new SJMC fellow” was originally published on FIU News.