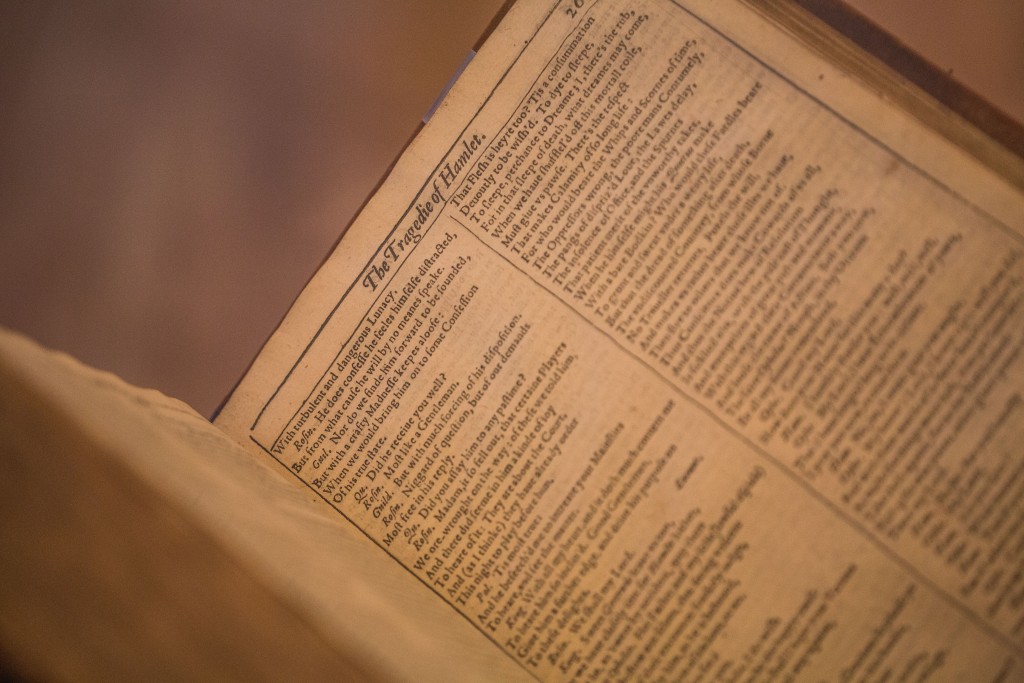 On Feb. 2, the FIU Patricia & Phillip Frost Art Museum will open its doors to William Shakespeare’s First Folio! The Book that Gave Us Shakespeare, a once-in-a-lifetime exhibit featuring a first edition of Shakespeare’s works. The rare book is considered to be one of the most significant in the English language. Only 750 were printed in 1623 and only 233 are known to remain today. Here are five things you should know about the First Folio before visiting the exhibit.

FIU is the only site in Florida to host the Folger Shakespeare Library’s national traveling exhibit First Folio! The Book that Gave Us Shakespeare. Robust programming around the First Folio’s arrival at FIU will take place on campus and throughout South Florida. First Folio at FIU is presented by the College of Arts, Sciences & Education, the Patricia & Phillip Frost Art Museum and FIU Libraries. For a complete listing of events, visit folio.fiu.edu.