As part of an op-ed series, FIU News shares the expertise and diverse perspectives of members of the university community. In this piece, which originally appeared in the Miami Herald, Carnival Gold Scholar Price Destinobles shares his experience with the 5000 Role Models of Excellence Project, which offers mentorship, guidance and educational assistance to young, minority men.
By Price Destinobles
There was a time that when people heard my story — incarcerated mother, absentee dad — their first inclination was to feel sorry for me. I would have, too, if I were in their place, but the way I grew up, self-pity was a luxury I couldn’t afford. 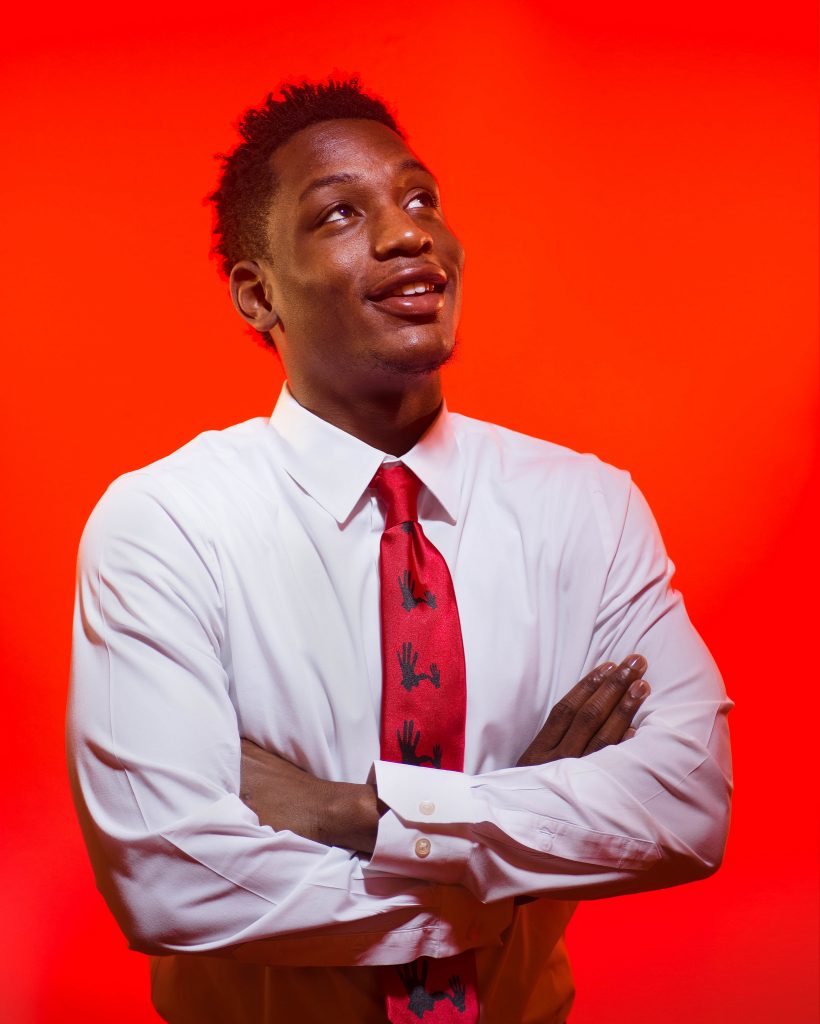 The early years were actually good. My five older siblings and I lived with our mother in a nice, two-story home. I never lived with my father, but he’d visit me and, on rare occasions, take me to his house. When I was about 6, he just stopped coming around.
Soon our family began moving from house to house. We downsized from the nice house in Broward to a one-story in Miami Gardens, ultimately settling at my grandmother’s in North Miami. With each move, the living conditions declined.
I didn’t think things could get any worse until I was awakened in the middle of the night by a flashlight shining in my eyes. Six police officers had come to arrest my mother. Just 13, I didn’t really understand what was going on, and no one explained. When my mother came home two weeks later, I thought everything was fine. A couple of months later, however, she handed me the card to access the $200 my father paid in monthly child support and headed off to jail for the next six years. All but one of my siblings moved out to live with their fathers and an aunt moved in with us.
I was deeply saddened, especially since I couldn’t turn to my father for shelter or comfort. Life at home was terrible because the house was dirty and hot. I was raised to keep my feelings to myself, so I did. But one day I sat on my bed and told myself that I would get out of there and do it the right way.
The tough environment at North Miami High School offered many temptations to do the wrong thing, but the pull of the 5000 Role Models of Excellence Project was stronger. I joined the program in my sophomore year — a crucial period in my life. It taught me great values, how to conduct myself around others and strengthened and reinforced my resolve to succeed.
Two extraordinary mentors, Antoine Philidore, the Role Models administrator, and cooking teacher Andre Franks each took me under their wings. Without them I could have easily fallen into the wrong crowd. Chef Franks nurtured my desire to learn about the culinary-arts industry and allowed me to assist him at off-campus catered events. Mr. Philidore constantly checked in with me to make sure I always had everything I needed. Both men believed in me and shared the words of wisdom that helped me keep moving forward.
More important, they filled the yawning gap in my life created by my father and taught me how to be a man. If one day I can give to struggling boys a fraction of what they and the 5000 Role Models program have given to me, I will be honored.
Now when people hear my story, they smile. In addition to earning a Role Models scholarship to attend Florida International University, where I’m a sophomore majoring in hospitality and tourism management and live on campus, I’ve done so well each semester that I’ve been awarded a Carnival Gold full-ride scholarship, which is great recognition from the industry. My mother was released from prison last year and seems to be doing well.
Life’s good. I appreciate every little thing and take nothing for granted.