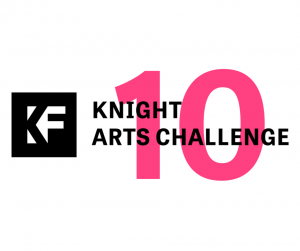 “Knight Arts Challenge funds have been an important part of the College of Communication, Architecture + The Arts’ ability to engage and enrich our communities through the arts and design”, said CARTA Dean Brian Schriner. “We are fortunate to live in one of the world’s most vibrant and diverse communities, and these resources help further connect us to our neighbors and build our community.”

Next year, the School of Music will honor Miami’s Cuban heritage by dedicating the Miami International GuitART Festival to Cuban music. The project — led by Director of Guitar Studies Mesut Ozgen — will create a cultural exchange between Havana and Miami by having guitar orchestras present at the festival from the U.S. and Cuba.
Three years prior, the School of Music was also selected as a winner after submitting a new performance piece that explores rising tide. The project — led by Professor Orlando Jacinto Garcia — explored the complexities of sea-level rise in South Florida through an interdisciplinary performance, which featured electronic sounds, orchestral musicians, video, and dance in partnership with five prominent local artists.
As the Knight Arts Challenge Miami celebrates its 10th anniversary, FIU would like to thank the Knight Foundation for its partnership throughout the years. Join us in congratulating the Knight Foundation on both its past and future success!