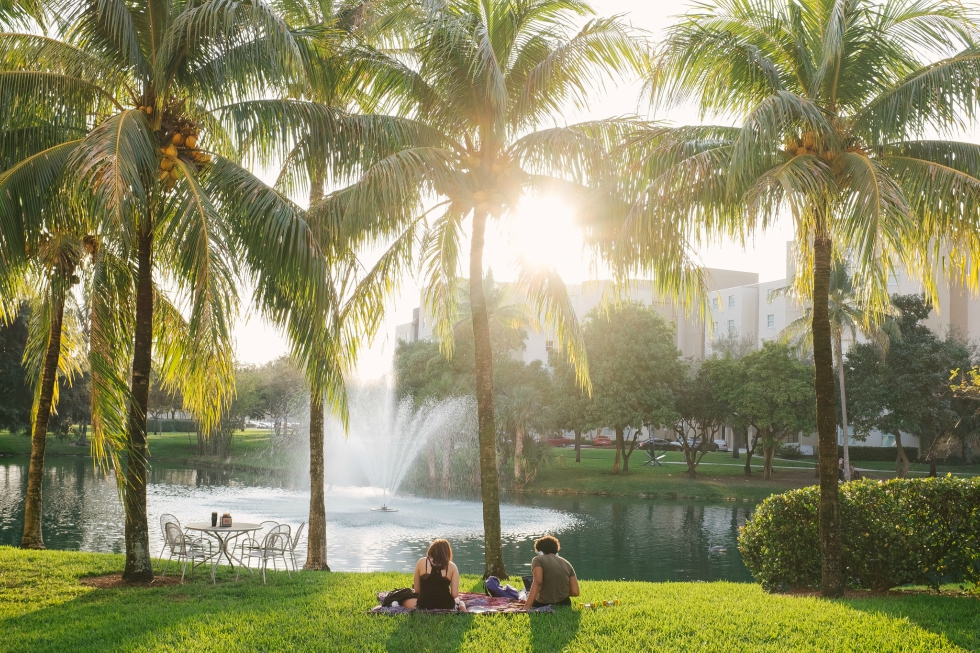 “Unprecedented destruction.”
These two words have been spoken frequently by government officials, aide workers and news anchors during the past couple of months. Between hurricanes Harvey, Irma and Maria, as well as the earthquake in Mexico and wildfires on the Pacific Coast, natural disasters have created great need for aid in the United States and abroad.
When called upon by its community and state government to respond, FIU did not hesitate to step in and step up. As Miami’s anchor institution, the university is rooted in the South Florida community by its mission; it is committed not only to educating the population but also to improving the long-term well-being of those who reside across the region, the country and the globe. For these reasons, it was natural that FIU would support those affected by these disasters in any way it could.
And “any way” is no exaggeration. The FIU family has given freely not just through monetary donations but also through time and talent.
Case in point: Members of the FIU-FAST team—an all-volunteer group of medical professionals—worked 12-hour shifts to support West Kendall Baptist Hospital and Jackson South Community Hospital. Seven employees returned to campus early and established a call center to answer questions from both the FIU and South Florida communities. Alumni led donation drives to help those impacted by hurricanes Irma and Maria. The university housed hundreds of evacuees, including those with special needs, from Monroe County and the Caribbean. President Mark B. Rosenberg and university leadership waived out-of-state tuition fees for students from Puerto Rico and the U.S. Virgin Islands. The FIU Foundation created a disaster response and recovery fund to give direct assistance to those affected by the storm. And FIU social work students and music students used their talents to listen to and perform for evacuees, respectively.
Of course, not all giving occurs after a crisis; much of it comes before. For the FIU family, that is no different. A big part of why FIU is successful in disaster response is because it is proactive—actively researching ways to either prevent or mitigate the destruction a natural disaster can cause and, of course, to guide the best response.
Through research led by its faculty, the university works actively every day to predict and prepare for the next natural disaster, for the next public health crisis and for the next extreme weather event.
What does this research look like? It looks like the Bridge Engineering Program, which tackles challenging infrastructure problems. It looks like the Extreme Events Institute, which conducts multi-disciplinary research on hazards and vulnerabilities of all types, with emphasis on the role of pre-impact “risk drivers.” It looks like the Institute of Water and Environment, which addresses challenges posed by rising seas.
Thanks to the tireless work of these researchers, the South Florida community and those like it around the world will be better prepared when the next extreme weather event heads this way.
In these times of turmoil, we have witnessed the true reflection of our FIU. It has been incredible to see the power of our FIU community. No matter how or when you gave, we say thank you.
We can’t step in and step up without you. We are forever grateful for all that you have done.
This post “In gratitude: Hats off to those who support FIU in crisis and year-round” was originally published in the FIU Magazine.