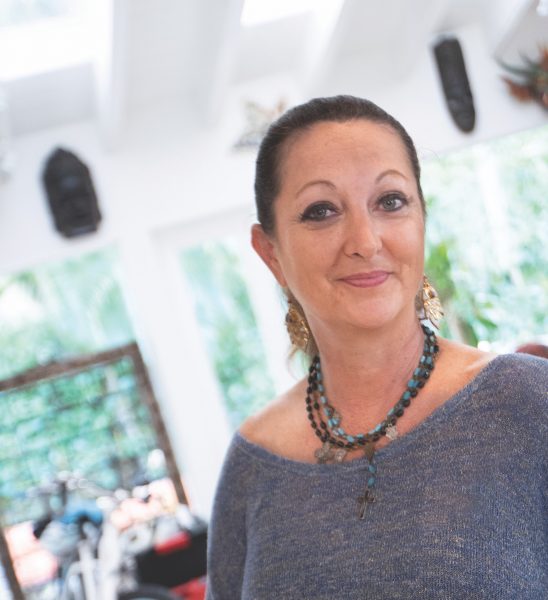 –By Amy Ellis for FIU Magazine
When Kimberly Green was in first grade, her teacher asked a simple question: What would you do if you were president?
For Green, who grew up watching the evening news with her father, a business executive who would later serve as ambassador to Singapore, the answer was easy. She wanted to help people, as many young children do.
But Green’s writing assignment, which her mother Dorothea still has, was extremely specific—and also very telling.
Green wrote that she wanted to “send money” to doctors working in Haiti, a country whose suffering she had witnessed on television and later came to understand more directly as she met Haitian children at school and church in Miami, where thousands of Haitians fled in the 1970s and ’80s as they escaped political oppression in their homeland.
“It’s so interesting to me that I never said I wanted to be a doctor in Haiti. I wanted to fund doctors in Haiti,’’ said Green, laughing. “My teacher put a Star Wars sticker on my paper and said she would vote for me. And that’s where it all started.”

At just 25, Green assumed the reins of her family’s philanthropic organization, the Green Family Foundation, where she has spearheaded projects ranging from HIV/ AIDS education and prevention in Liberty City and other parts of Miami to early childhood development, disaster relief and health care initiatives in developing nations.
Eventually she would lend her support—and her name—to FIU’s Kimberly Green Latin American and Caribbean Center (LACC), a part of the Steven J. Green School of International and Public Affairs, named for her father, the former CEO of Samsonite and now honorary consul general of Singapore in Miami.
Founded by President Mark B. Rosenberg in 1979, LACC this year celebrates its 40th anniversary. The center is one of the university’s emerging preeminent programs, a reflection of its strong reputation as one of the leading centers of its kind in the world.
For Green, whose family ties to FIU span nearly three decades—her parents’ names also grace the library at the Modesto A. Maidique Campus, an art lecture series, the groundbreaking Green Family Foundation NeighborhoodHELP community-health program within the Herbert Wertheim College of Medicine and more—the work goes beyond simply sending a check. Instead, it’s intensely personal.

In the early days of leading her family’s foundation, Green funded a number of programs for Haitians living in Miami, such as Habitat for Humanity, and eventually visited the island nation to monitor progress on initiatives there. She invited a group of friends to Haiti to celebrate her 35th birthday and experience a country she had come to know and love.

“They didn’t imagine that Haiti was as beautiful as it is,’’ she said of their reactions. “That is what I want [FIU] students to see,” she adds, “not just the intellectual, but the food and the music and the religion—to understand a country through experience and not just what they read in books.”
Green grew to appreciate the resourcefulness of the people—“They reinvent life every day” is a common reference to making use, and reuse, of everything—and made sure to “listen to what they tell you they need supported not just what they need donated.” All this informed her decision to produce and direct an insightful, award-winning documentary on the country’s healthcare crisis.
Through all her work, on behalf of people in Haiti and elsewhere, Green has adhered to one principle: “It’s not about supplanting their ideas and their way of life. It’s about supporting their ideas and their way of life,” she said. “To go into a country and not take the time to talk to people and learn about a culture is disrespectful.”
Center director Frank Mora echoes those sentiments. A former U.S. deputy assistant secretary of defense for the Western Hemisphere who helped lead the U.S. response to the devastating 2010 Haiti earthquake, he is proud of FIU’s 22-year-old Haitian Summer Institute and other immersive studies programs that help students become part of the solution to problems around the world.

Read more: Director Frank Mora on LACC at 40 and what the future holds

“It’s true in Haiti, and it’s true in any other country or region of the world,’’ he explained. “You want to know what makes people tick, what the complexities are about. And it’s not something you can learn from a book. If you want students to understand Haiti, you have to offer them the opportunity to study in Haiti, to learn the language in Haiti, and we are fortunate enough to be able to do that.”
Green’s other credits include producing a 10-box set of CDs of previously unreleased Haitian music that earned two Grammy Award nominations. Following the earthquake, which killed an estimated 230,000, Green and a team of local artists and filmmakers “followed the fault line” to bring to devastated towns a program called Cinema Under the Stars, a series of documentaries produced by Haitians for Haitians and designed to encourage pride. At FIU, she made possible a digital archive, ‘‘Haiti: An Island Luminous,’’ that provides access to rare books, manuscripts and photographs from libraries in Haiti with commentary by scholars from around the world.
“The Haitian culture is their most beautiful export,” she said, “and we really need to focus on that and elevate that.’’
On Miami Beach, she sees her home as a “curated collection” of her life: the sparkly boots she wore to the Grammys, a set of American Tourister suitcases that nod to her father’s long career at the company, papier-mâché masks made by Haitian children left orphaned by the quake. Keenly aware of the privilege she enjoys, she firmly believes it mandates a responsibility to give back.
Accepting an honorary doctorate in public service from FIU in 2011, she impressed upon students their own responsibility.
“You must go out and build a building that will last longer than all of us here today,’’ she said. “Teach a new generation of leaders, create a new art movement, save a life, write a novel, or fight for the rights of the voiceless.”
Watch a two-minute video about the Kimberly Green Latin American and Caribbean Center.