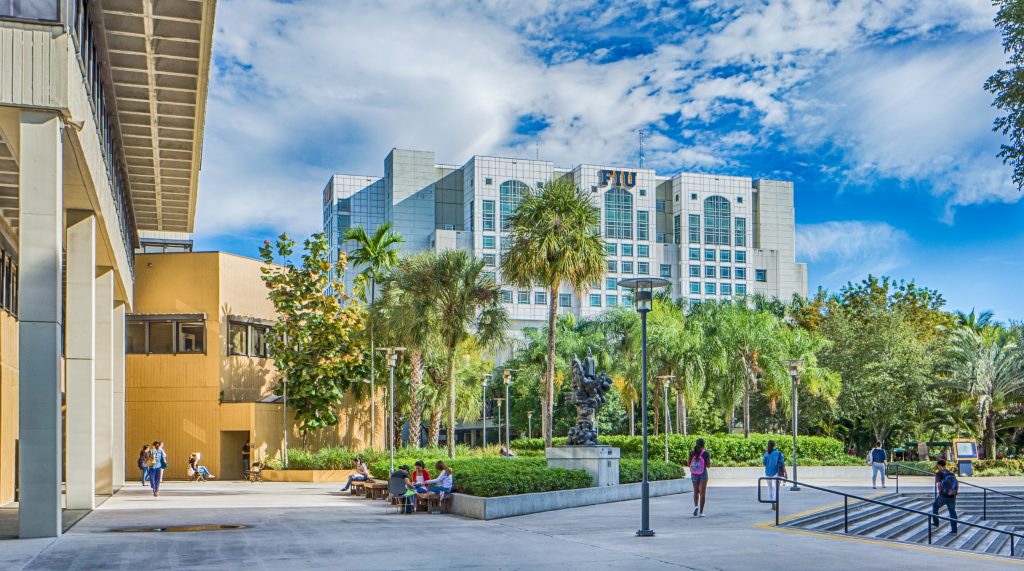 For FIU News
FIU was ranked 15th in the nation among public universities and 33rd globally that were issued utility patents.
“This recognition was only possible because of our hard-working faculty and researchers,” said FIU President Mark B. Rosenberg. “Every day, they turn ideas into groundbreaking solutions that change lives. They are committed to changing our world one patent at a time.”
FIU inventors earned 65 patents in 2018. Patents awarded to FIU researchers included a device for assisting visually impaired patients, an instantly rechargeable battery device, rapid Zika detection using nano-enabled electrochemical sensing system, smart clothes with wireless power transfer and sensing capabilities, wind-resistant concrete roof component, and many many more.
The rankings, compiled by the National Academy of Inventors and Intellectual Property Owners, were based on the number of utility patents granted by the U.S. Patent and Trademark Office that lists a university as the first assignee on the issued patent.
The full report can be found here.
To learn how you can support innovation and patent production at FIU, visit NextHorizon.FIU.edu.