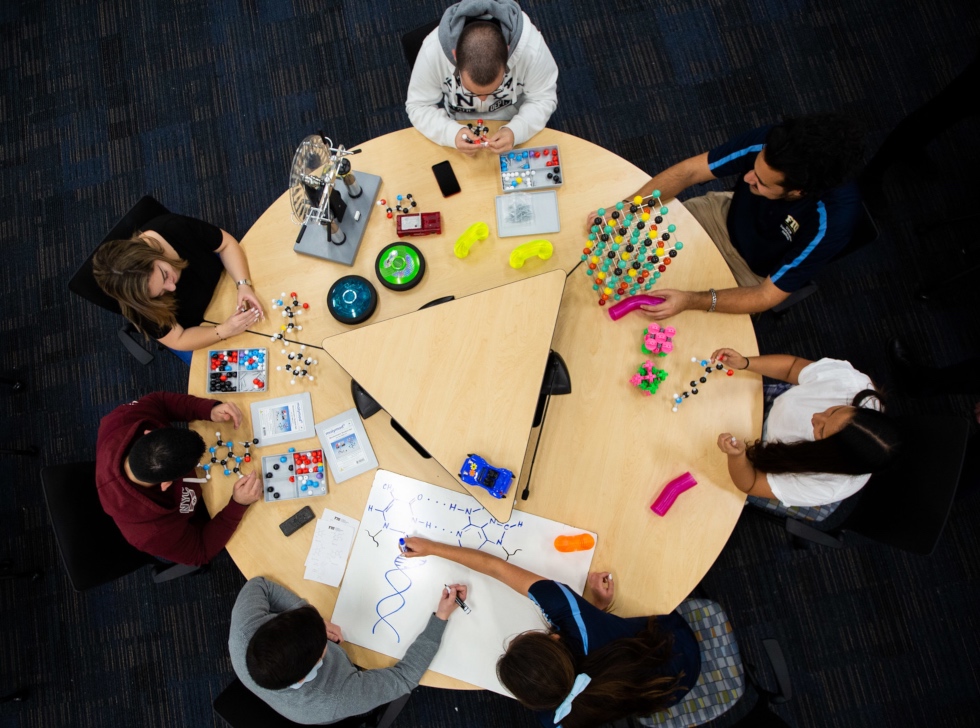 The STEM Transformation Institute has redesigned the education experience, creating a model for the rest of the nation 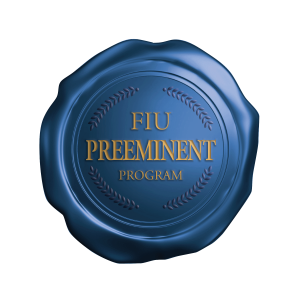 At 19, Laird Kramer saw himself as an accountant. One of his college professors saw a physicist. Kramer was good with numbers so he enrolled as an accounting major at George Washington University. But an astronomy class during his freshman year changed everything. His professor noticed Kramer wasn’t just good with numbers—he was really good at physics. “He said ‘if you have talent, you should think about doing it,’” Kramer said. Today he is a professor of physics in the College of Arts, Sciences & Education. He also directs the STEM Transformation Institute, a multidisciplinary collaboration dedicated to improving education in science, technology, engineering and math. Kramer is always looking for a spark—those students who should be the next teacher, astronaut, particle physicist, environmental chemist or other STEM professional but they just don’t know it yet. He is surrounded by others like him—educators with a knack for unlocking hidden talents and who have the ingrained desire to help students reach their greatest potentials. They are not just feeding the STEM workforce pipeline, they are transforming it.
The institute’s core team comprises 40 faculty members, post-doctoral researchers and master teachers, who are faculty members with exemplary secondary education teaching experience. More than 60 others from colleges all across FIU serve as faculty fellows, collaborating on projects and research while transforming their own courses using techniques pioneered in the institute.

To optimize 21st century learning, the STEM team is redesigning STEM education to improve outcomes, expand opportunities for underrepresented minorities and create pathways for successful STEM careers. Students learn by doing. Lectures are gone, replaced with a problem to solve, a toy or tool to experiment with and a team of peers who work together to find answers.
“We are driven by the ‘aha!’ moments—watching students start in a state of confusion and, by the end, making statements as profound as Nobel Laureates,” Kramer said.
It looks a lot like play. Why does a ball bounce? Why are some magnets attracted to each other while others are not? And what’s up with the Slinky? The easy answer is physics, but students at FIU discover just exactly which physics theories apply, leading to more complex discussions and turning difficult concepts into relatable classroom experiences. It’s called active learning.
The institute’s faculty has also pioneered a learning assistant program—fellow students who help their peers by guiding discussions and making sense of difficult course content. That is particularly important for Hispanic-serving institutions like FIU because underrepresented minorities in STEM, including Hispanics, blacks and women, often cite the absence of role models who “look like them” as one of the reasons for not pursuing STEM fields, according to the Pew Research Center. Being students themselves, the learning assistants help fill this void by creating more inclusive learning environments.
“We want diverse people involved because diverse people have diverse skills and diverse ideas to solve the world’s problems,” Kramer said.
The STEM team continually researches their methods to provide a scalable model that can be deployed across the United States. The White House, U.S. Department of Education, National Science Foundation (NSF), Howard Hughes Medical Institute and others have taken an interest in how FIU is transforming STEM education. Most recently, Aimee Viana, principal deputy assistant secretary in the Office of Elementary and Secondary Education in the U.S. Department of Education, spent a day exploring FIU’s programs. Viana ’01, MS ’04 sees an opportunity to collaborate with FIU to increase the ranks of Hispanics in STEM careers.

Learn by doing: Students take STEM careers out for a spin

“I was inspired by the call that FIU has had to rethink what education looks like in South Florida, because we’re talking about what it looks like to rethink education in America today,” said Viana, whose FIU degrees are both in in elementary education.
She points to NSF data that says Hispanics represent just 6 percent of the STEM workforce while fewer than 1 in every 10 scientists and engineers are minority women.
“This is a missed opportunity for the community and our country,” Viana said.

Education Associate Professor Zahra Hazari hopes to recruit 10,000 young women into physics through an innovative new training program that arms high school physics teachers with tools to unleash their students’ hidden passions for physics. Hazari and her STEM Transformation Institute colleagues are partnering with 10,000 teachers all across the country with the expectation that each will recruit at least one female student to pursue a physics degree in college. Simply put, Hazari is looking for 10,000 sparks to ignite the largest increase of women in physics during a single decade.
“We could accomplish something that’s never been done in history,” Hazari said. “We could change the face of physics in the United States.”
The project could also help guide recruitment in other STEM fields.

For Kramer, it has been a constantly evolving journey to build a new paradigm of what STEM education can be. It has also been a labor of love for the physicist who can’t remember the year he got tenure, but knows exactly when and for how much his first course transformation grant was.
“It was 1999 and it was for $55,140,” he said without hesitation.
That was the beginning. Today, FIU has become the largest producer of STEM degrees for Hispanics nationwide and the STEM Transformation Institute has been recognized by the White House as a Bright Spot in Hispanic Education, placing it among the top programs in the nation helping to close the achievement gap. Even non-STEM majors are benefitting as more students are passing traditionally challenging courses like College Algebra. The institute’s efforts have infiltrated the biological sciences, chemistry, engineering and computer sciences, environmental science, geosciences, math, physics and psychology. The institute has brought in more than $40 million in external funding through its own projects and through collaborations with other units at FIU.
Camila Monsalve is a two-time STEM graduate. In 2015, the Colombia-native was wrapping up her bachelor’s degree in biological sciences and decided to take a couple of active learning physics classes. Professor Geoffrey Potvin saw the spark. She was a natural. Monsalve eventually became a learning assistant. She completed her biological sciences degree and, after conversations with Potvin and others at the institute, decided she wasn’t done just yet. Two years later, she crossed the commencement stage again, this time with a bachelor’s in physics.
Monsalve hopes to follow in the footsteps of Kramer, Hazari, Potvin and others like them. She wants to become an educator. She wants to be the person who sees the spark in others and helps them realize their hidden talents. She wants to help create new pathways to STEM careers.
Things have come full circle for Kramer, who has spent the past 20 years building a movement at FIU. Some of his former students have become his collaborators. Others in the institute can say the same. While their results can easily be measured in test scores, graduation rates and job placements, that is not what motivates the STEM team. Kramer’s reasoning is much more simple.
“I just have more fun when I do it this way.”
To learn how you can support programs like the STEM Transformation Institute, which optimize 21st-century teaching and engage student learning, visit NextHorizon.FIU.edu.