Last summer, President Mark B. Rosenberg and the President’s Council — FIU’s premier community relations board — set an ambitious goal of raising $200,000 for the Fostering Panther Pride program over the next year. The program was launched in 2013 and is designed to meet the unique needs of former foster care and homeless students, […] 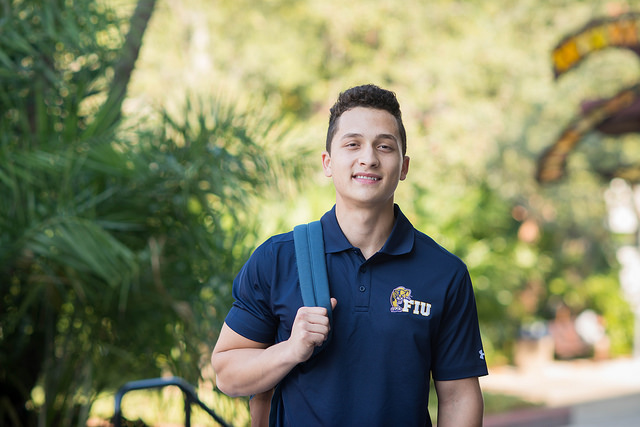 Juan Muñoz lost his mother to cancer when he was six years old. Raised by a single father, Juan grew up both in the U.S., where he was born, and in his father’s native Colombia. At age 16, when he was attending high school in Cape Coral, Fla., his father abandoned him and his 17-year-old […]